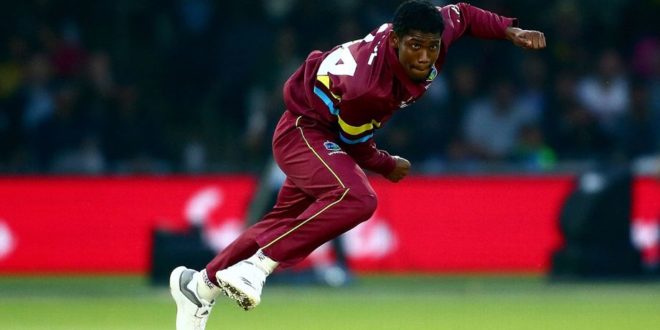 [ESPNcricinfo] West Indies have called up 20-year-old seam bowler Keemo Paul into the Test squad, to replace batsman Shimron Hetmyer, who leaves it due to illness.

Paul has played four ODIs and four T20s, but is uncapped in Tests. He does, however, have an impressive first-class average of 17.35, across 14 appearances. Although West Indies are unlikely to upset their new-ball combination of Kemar Roach and Shannon Gabriel, Paul could potentially play in the third Test in Barbados ahead of Miguel Cummins, who went wicketless in the second Test.

Cricket West Indies died not specify Hetmyer’s illness, but the board hoped he would be fit for West Indies’ next assignment: Bangladesh’s tour of the Caribbean in July. “Hetmyer will return home to Guyana to recover from a recent illness,” the board release said. “While there, he will continue his preparations to return for the two-day practice match against Bangladesh in Antigua.”

Paul perhaps makes it into the team on the strength of his ODI performances for West Indies in the World Cup qualifier in Zimbabwe, as well as his T20 figures against Pakistan. His most-recent international match was West Indies’ hurricane fundraiser against the World XI, at Lord’s, on May 31.