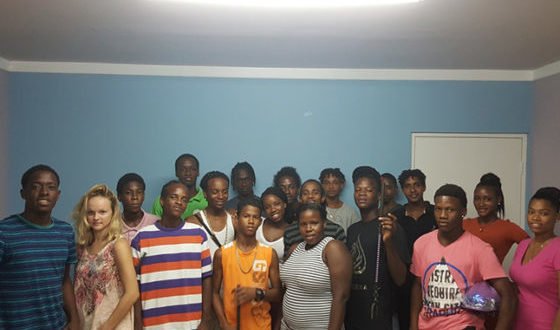 PRESS RELEASE:-The executive and members of the National Equine Welfare & Sporting Association are preparing to host an extraordinary Jounen Kweyol intercommunity professional equestrians’ competition on Sunday the 22nd of October 2017

The association over the past year has fostered an environment aimed at developing the professional skills of young St. Lucian equestrians. To this end, this Jounen Kweyol activity will allow Farriers, Jockeys, Trainers and groom lads, to showcase their talents and be rewarded for the most outstanding performances.

Horse owners and trainers will represent on the community level, and one community will emerge champion, holding the title and trophy until the next event for independence 2018. Several communities have promised to register whiles many others have already indicated who their representatives will be. These include; Vieux Fort, Soufriere, La Clery, Monchy, Anse la Raye, Bexon, Micoud, Corinth, Bois D’Orange and Grande Riviere (north).

The racing segment shall feature two classes of horses, Grade 2, the creoles [3 races], and Grade 1, the St. Lucian Hybrids, [3 races]. Trainers of equine athletes from both divisions have promised that this time, the National Racing records will surely be smashed! ; 48 seconds at four furlongs (grade 1) and 42 seconds at three (grade 2)

Grande Riviere (north) and Corinth being the reigning champions, in grades one and two respectively, aspire to retain their titles.

As training for this event has already commenced, young equestrians, especially the members of the Jockey Club, look forward to showcasing their improvement which will thus continue to encourage sponsors, in supporting their development. Bajan rider Mario Williams who has been assisting the Jockeys, is happy with their improvements thus far, and is hoping that more talented young persons may get the opportunity to pursue their dreams.