Home / Sports / Joseph in; Roach has been ordered to rest 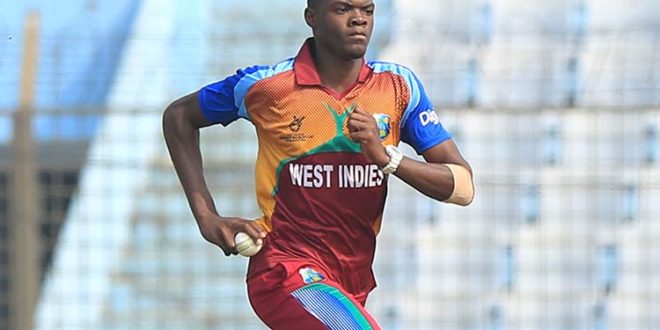 England U19 vs West Indies U19 in Chittagong

Joseph in; Roach has been ordered to rest

Young fast bowler, Alzarri Joseph is in the 13-man Test Squad to face Bangladesh in the 2nd Test to start at Sabina Park this Thursday.

Joseph on his return to international cricket was the most successful bowler for the President’s XI side vs Bangladesh with 4 for 53 from 15 overs just under two weeks ago.

Absent from the squad is Kemar Roach who has been ordered to rest following a hamstring strain in the first innings of the Test in Antigua that the WINDIES won by an inning and 219 runs.

The win in the first Test, saw some positive movements in the ICC rankings for several players. Roach, 20th and Brathwaite, 16th are now in the Top 20 in bowling and batting respectively; while Captain Holder moves up two places to 52nd and to 23rd in the bowling. Other players to be tagged in the ranking are Powell up five places to 61st and Cummins, up 12 places to 55th.