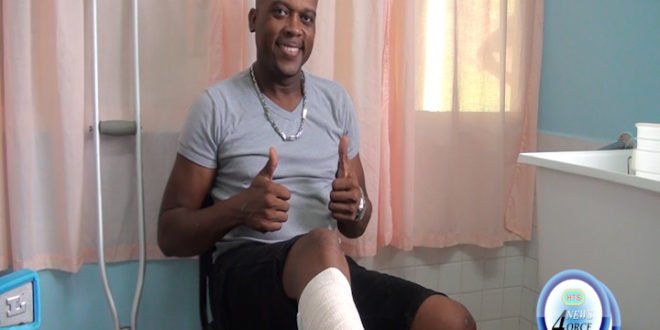 St. Lucian businessman Josiah Castang popularly known as ‘jo knows’, is now out of hospital, but not necessarily out of the woods following his encounter with a deadly fur de lance.
Castang was bitten in the leg by the snake and taken to hospital.
Initially it was feared that the affected leg would have to be amputated.
However, the intervention of the medical staff at Victoria hospital saved his leg and his life.
He spoke to HTS NewsForce about his survival story.