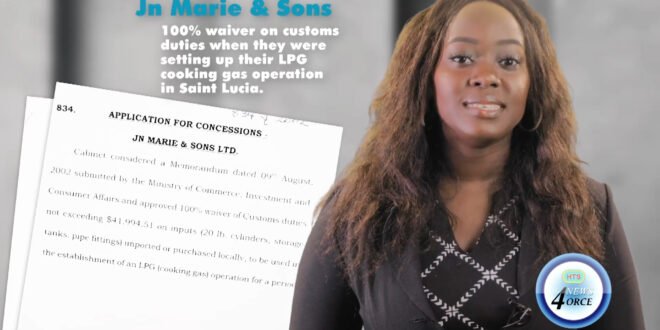 JN MARIE ON CLAIMS OF HYPOCRISY ON FISCAL INCENTIVES ISSUE

Businessman Everistus Jn Marie is responding to allegations of hypocrisy over his opposition to fiscal incentives to the fresh start construction company. Critics are accusing the former independent senator of benefiting from the same concessions which he believes the firm is not entitled. The former independent senator says its all an attempt to discredit him and divert attention from the core issues.