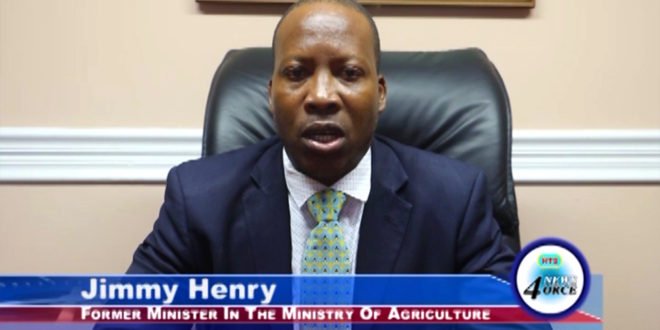 Jimmy Henry is no longer a member of the cabinet of ministers of the Allen Chastanet – led UWP administration.
The minister in the ministry of agriculture formally resigned from the government almost one week after talk show host Richard Frederick first reported on his impending departure.
While the minister cites personal reasons for the resignation, no specific reason has been given for the decision to step down.