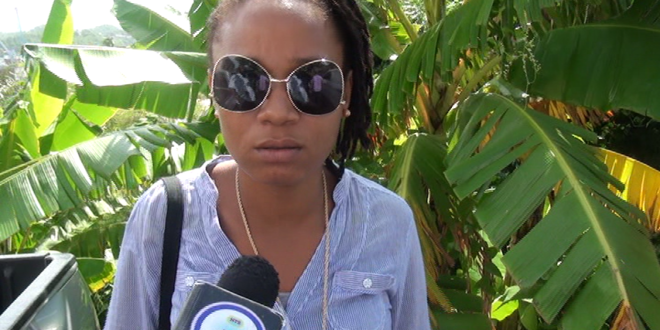 The family of double homicide victims David Khodra, 28, and Shane Augustin, 21 who were shot dead in a suspected drive-by on September 9, broke their silence to HTS News4orce on the sidelines of a September 11 postmortem examination.

Amy Thomas, girlfriend and mother to David Khodra’s two-year-old daughter was livid. Thomas lamented the emotional and financial set back caused by Khodra’s killer[s]. An emotionally distraught Amy Thomas has demanded swift action for the untimely death of her ‘lover’.

‘Jealousy’, according to Khodra’s girlfriend was a motive for the fatal shooting. Thomas is convinced that her boyfriend was ‘set up’.

Augustin was afforded a humble upbringing by his family Charlery said but, his son chose his ‘path’. [Watch video]

A police statement on the double homicide placed Khodra and Augustin on separate scooters, traveling through La Clery, Castries, when trailing assailants in a motor vehicle opened fire. The shooting occurred sometime after 2 am.

The Criminal Investigations Department is appealing to the public for any information that could lead to arrests in connection with the 36th and 37th homicides.