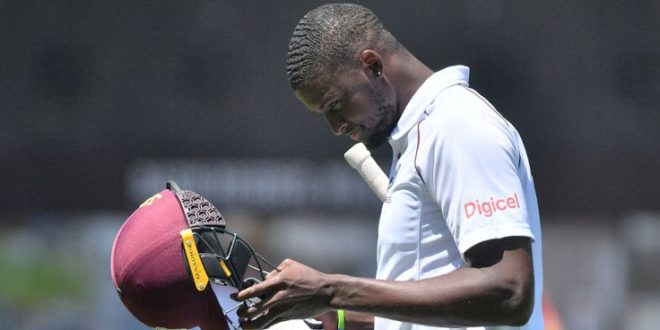 [ESPNcricinfo] West Indies captain Jason Holder has been suspended for one Test and fined 60% of his match fee, and his team-mates have been fined 30% of their match fees, for maintaining a slow over rate during their innings defeat to New Zealand in the first Test in Wellington.

Holder had previously been found guilty of a minor over-rate offence during the first Test against Pakistan in April earlier this year. The offence for the Wellington Test amounted to his second minor-rate offence in a Test within a 12-month period and resulted in his suspension.

West Indies were found to be three overs short of their target after time allowances were taken into consideration. Players are fined 10% of their match fees for every over their side fails to bowl in the allotted time and the captain is fined double the amount.

The second and last Test of the series begins from December 9 in Hamilton.