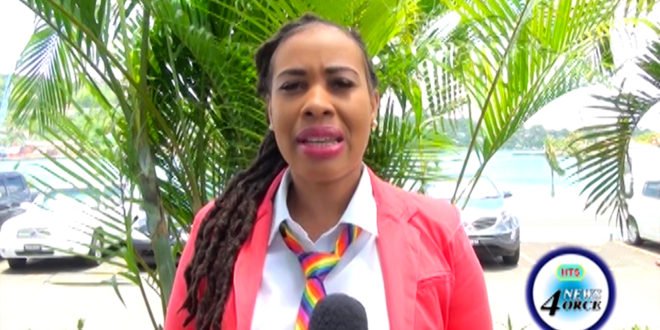 May 17th, is the international day against homophobia, transphobia and biphobia.
This year’s theme is families, with a focus on the role of families in the well-being of their LGBTI members.
According to UNAIDS, the realization or revelation that a young person’s sexual orientation or gender identity is at odds with cultural norms or religious teachings is distressing for many families.
Apart from spotlighting the challenges of traditional families, secretary of local LGBT human rights group, united and strong, Jessica St. Rose says the observance places emphasis on improving the lot of LGBT families.

UNS in concert with the British High Commission was scheduled to host a special event to commemorate the day that champions human rights, and an end to stigma, inequality, and discrimination.

According to UNAIDS, in Latin America, 44–70% of transgender women and girls have felt the need to leave home or were thrown out of their homes.
UNAIDS points out that there is a clear link between the social vulnerability caused by family rejection and HIV.
A 2013 Jamaica study found that HIV rates were highest among men who have sex with men who had experienced adverse life events including homelessness and physical violence.
Even in less extreme cases, family rejection and prejudice can create psychological distress, fueling self-harm and risk-taking.