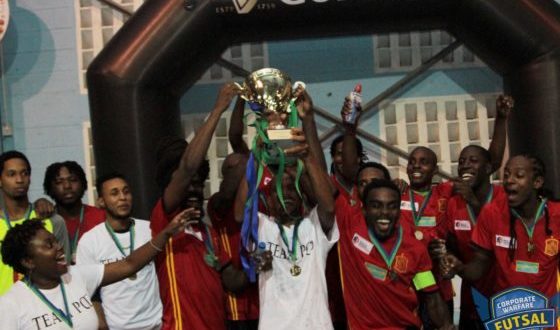 [Press Release] The Chamber of Commerce, Industry and Agriculture Inter-Commercial House Futsal League competition in underway with much excitement and rivalry.

In Group C:
Scotiabank was scheduled to play M&C.
M&C was a no show resulting in a default win for Scotiabank 3 to 0.

In Group D:
LUCELEC went up against Harris Paints.
LUCELEC on fire with 5 goals while Harris struggled to get on the board.

In Group F:
CPJ faced PCD.
PCD beat out CPJ scoring 6 goals, the most for the night vs 1.

In Group A:
Bay Gardens went up against NIC.
Bay Gardens scored 2 goals while NIC struggled to get on the board.

All games are played at the Beausejour Indoor Facility. Entry fee is $5.00EC dollars per person. Persons are encouraged to come out and support.