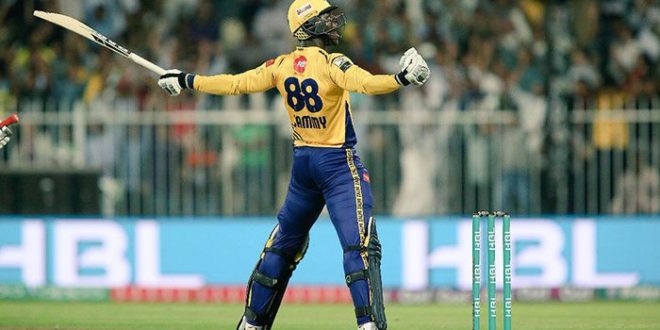 Injured Sammy out of PSL action for the ‘next few days

The side needed 16 from 7 balls, and a wobbling Sammy delivered, with 2 balls to spare.

The PSL secretariat confirmed that Sammy is out for the next “few days” after suffering an injury during Thursday’s match against Quetta Gladiators.

“Darren Sammy was injured in Zalmi’s last game. He is consequently ruled out of action for the next few days and will continue his recovery process with the Zalmi squad,” the statement added.