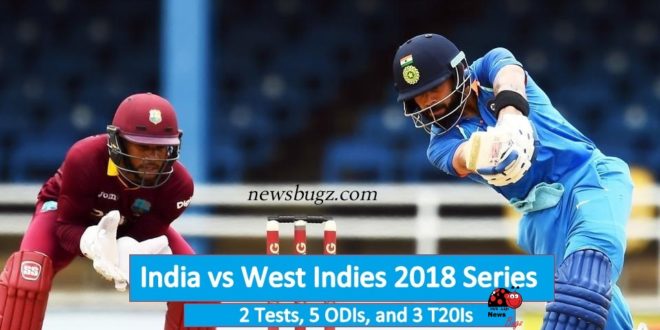 NEW DELHI, India (AFP) — Top-ranked Test team India will host the West Indies next month and in November for two Tests, five one- day internationals and three Twenty20s, the cricket board said yesterday.

The Test series will kick off on October 4 in the western city of Rajkot, followed by the second and final match in Hyderabad from October 12 to 16.

The West Indies had pulled out of their last tour of India in 2014 because of a bitter pay dispute between the players and their board.

The Dwayne Bravo-led side flew back after playing four one-day internationals. They were scheduled to play one more ODI, a one-off Twenty20 international and three Tests on that tour.

The West Indies were the dominant force in world cricket until the 1990s, but have slumped to eighth in the Test and ninth in ODI rankings.

India are ranked number one in Tests and number two in 50-over cricket. But on Sunday they lost a Test series in England 3-1 with one game to play.