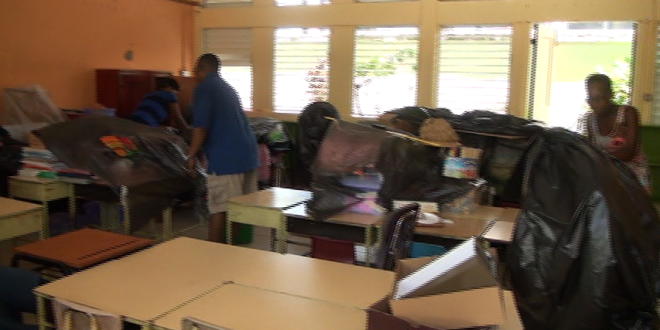 As the anticipation and excitement for the first day of the 2017/18 academic year plateaued on the morning of September 4th, frustration and disappointment quickly settled in for some parents and students. 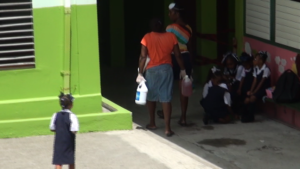 It is a familiar issue that has spanned previous Administrations – that of crumbling infrastructure affecting local public schools. HTS News4orce has received numerous reports from irate parents after making their respective first day of school drop offs.

An entire block of the Micoud Secondary School remains in a state of disrepair even after the annual seven [7] week summer break. It is a similar situation with schools in Babonneau and, in the capital. 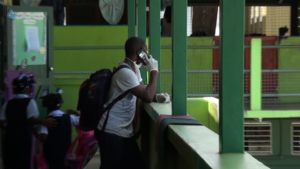 A termite infestation forced a delay of the school day for students and teachers of the Ave Maria all-girls school in Castries. News4orce cameras captured janitorial staff, and other technicians attempting to contain the bug problem as students waited to enter certain sections of the compound. 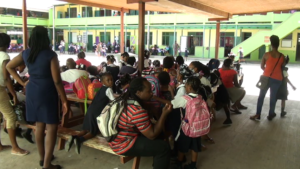 Some of the classrooms at the Ave Maria school were visibly unprepared. Furniture was in disarray and appeared to have been in use as storage rooms.

News4orce got comment from one clearly irate parent who was less than pleased with the feedback from the Education Ministry. [Watch video]

The Ministry of Infrastructure is responsible for the maintenance of public education institutions; that includes dozens of primary and secondary schools across Saint Lucia. Budgetary constraints continue to have had a negative impact on the recurrent issue of dilapidated school buildings.

Data from the 2017/18 Estimates confirm more than $14 million was budgeted for school building maintenance over the period 2015/16.  Less than $2 million has been allocated to the Education Ministry in the ‘Forward Estimates’ for the 2017/18 year.