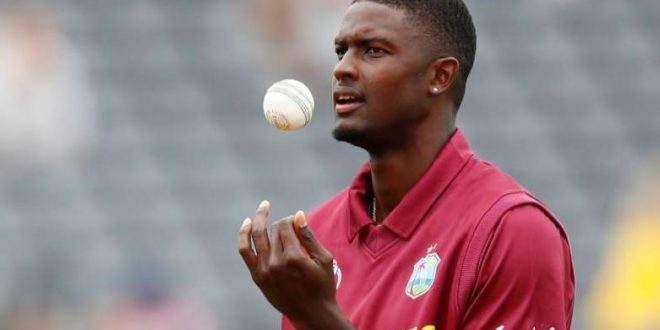 NOTTINGHAM, England (Reuters) – West Indies captain Jason Holder is playing down his team’s traditional rivalry with Australia ahead of the Cricket World Cup match between the sides at Trent Bridge on Thursday.

West Indies beat Australia in the first World Cup final in 1975 and although the fortunes of the once all-conquering Caribbean team have declined, the history between the sides should ensure a compelling game.

“It’s always been a great rivalry between West Indies and Australia,” Holder told reporters on Wednesday.

“I’m not caught up with the rivalry. It’s a matter for us to go into tomorrow’s game looking to execute our plans and beat Australia.”

Both teams won their opening matches of the tournament, West Indies crushing Pakistan by seven wickets at Trent Bridge.

“We obviously had one game here before,” Holder said. “We bowled 22 overs in the game. We didn’t get a full allotment. But having said that, we’ve got a little bit of knowledge about the ground, how the wicket plays.”

Pakistan beat World Cup favourites and hosts England in their second match and Holder is not getting carried away.

“As I said, it’s a wide-open tournament,” he said. “All 10 teams are capable of lifting the World Cup. That’s why we’re here, they’re the 10 best teams in the world.

“So I wouldn’t get into the games that have been played. I just want to keep moving forward. We’ve got Australia tomorrow, and that’s our next hurdle, and that’s what I want to focus on.

“It’s just a matter of playing good cricket on any given day. We want to execute in all three departments. We just want to be as positive as we possibly can be. Intent is something that we spoke about in the dressing-room.”

“I think the beauty with both of those guys is they’ve played enough cricket,” Holder said.

“We just tend to trust them, take their word and then make a final decision. Chris was at practice for the last couple of days, so Chris for me is all well and ready to go. Andre will be obviously assessed today, and we’re very, very hopeful that he’ll be fit tomorrow.”