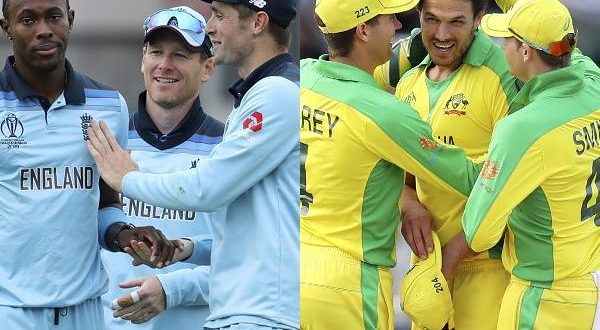 England’s World Cup hopes hang in the balance after a demoralising defeat by Australia at Lord’s.

The 64-run loss means they might need to win their last two games, beginning with India at Edgbaston on Sunday, in order to make the last four.

Much will depend on the results of Bangladesh, Sri Lanka and Pakistan, who can all overhaul Eoin Morgan’s men.

The hosts began the tournament as favourites, but now have little margin for error, with this loss following Friday’s shock reverse to Sri Lanka to make a total of three defeats in seven games.

They actually did well to restrict Australia to 285-7, especially after captain Aaron Finch’s century helped his team to 173-1.

However, that target was always going to be a challenge against the dangerous Australia attack in conditions ideally suited to pace bowling.

So it proved. The heart was ripped out of England’s top order and, at 53-4, their chase was in tatters.

Just as he did against Sri Lanka, Ben Stokes played a virtually lone hand for 89, but after he was bowled by a searing Mitchell Starc yorker, England subsided to 221 all out.

Now they face the prospect of having to beat at least one, maybe both, of India and New Zealand – two unbeaten sides and, in the case of India, the best team in the tournament.