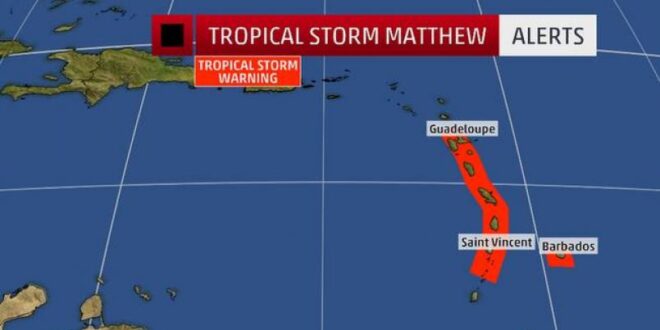 The hurricane season for our region which covers the North Atlantic, the Caribbean Sea and the Gulf of Mexico starts tomorrow, Thursday 01 June 2017. So far, this year we have had one off-season, short lived tropical storm, Arlene, which developed over the subtropical Atlantic Ocean on the twentieth of April.

Predictions from the major hurricane season forecasting centers vary from slightly below normal to slightly above normal tropical cyclone activity in our region this year.

Regardless of the pre-season predictions, the Saint Lucia Met Services advises all Saint Lucian residents and interests in our region to exercise due diligence in their planning and preparation for this year’s season and for that matter every hurricane season. We encourage you to consistently follow regional weather developments and to pay particular attention to local weather reports, advisories and bulletins issued by the Saint Lucia Meteorological Services. The National Emergency Management Organization (NEMO) will also be issuing important directives and information which you are strongly advised to heed.

Pre-season rainfall over Saint Lucia this year has generally been near normal and this trend is likely to continue into July. Rainfall thereafter is expected to be normal to below normal.  In spite of this projection, note that heavy rainfall episodes are an expected feature of our rainy season and the occurrence of flooding and landslides remain a major concern.

The Saint Lucia Meteorological Services will as usual be utilizing all available communication channels, including local and social media, to transmit timely information to the Saint Lucian populace and other interested parties. Feedback on our performance is welcome, especially after the occurrence of weather related hazards.