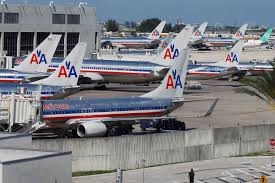 PRESS RELEASE: (Thursday, 07 September 2017) The Saint Lucia Tourist Board has been advised by American Airlines that due to the expected impact of Hurricane Irma, its Miami hub will be temporarily closed from Thursday 7, September 2017 until Sunday 10, September 2017.

Hoteliers and travelers are asked to take special note as the closure will affect departures during this time. Travellers can check the status of their American Airlines flights through the  www.aa.com website.