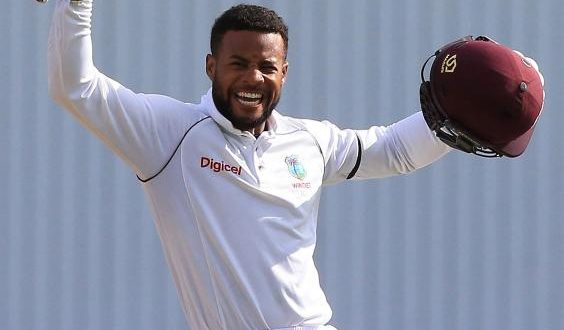 WHANGAREI, New Zealand – The Hope brothers, Kyle and Shai, gathered half-centuries but were unable to prevent West Indies from going down by six wickets to an unsung New Zealand XI in their 50-overs tour match here Saturday.

In their only warm-up match before the limited overs series starting next week, West Indies rattled up a competitive 288 all out off 48.4 overs, with Kyle top-scoring with 94 his younger brother Shai chipping in with 69.

All-rounder Rovman Powell supported with 31 while left-hander Shimron Hetmyer got 28.

Twenty-year-old off-spinner Aniket Parikh was the best bowler with four for 47.

Test opener Jeet Raval, leading the side, then flayed the Windies bowling for a superb 169 as the hosts got home with nine balls remaining.

The left-hander, who looked in good touch in the recent two-Test series, hammered 17 fours and a six in a 150-ball knock while Bharat Popli struck 62.

Raval gave his side a flying starting, posting 77 with 21-year-old Jack Boyle (22) for the first wicket before adding a further 149 for the third wicket with Popli, in a partnership which killed off the Windies chances.

Earlier, the Hope brothers had taken centre stage in a 138-run, second wicket stand after Evin Lewis had fallen in the eighth over for 17, following a 42-run stand for the first wicket with Kyle.

The right-handed Kyle Hope faced 101 balls and struck nine fours before retiring in the 33rd over while Shai stroked eight fours and a six in a typically classy 58-ball innings.

The 20-year-old Hetmyer showed glimpses of his attacking ability, smashing three fours and a six in a 17-ball cameo, while putting on 36 for the third wicket with Kyle.

Powell hit two fours in a 43-ball knock late on to keep the innings going but the Windies lost their last five wickets for just 34 runs.

The first One-Day International of the three-match series bowls off at Cobham Oval next Wednesday. (CMC)