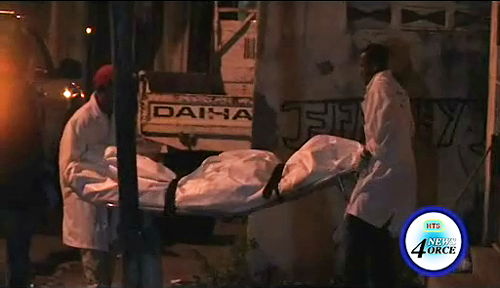 Weeks of gun violence in the capital resulted in the first official homicide for 2015.
The Royal Saint Lucia Police Force responded to reports of a shoot out near the Wilton’s Yard area.
One man was killed in the crossfire, while another young man sustained a gunshot wound to the face.