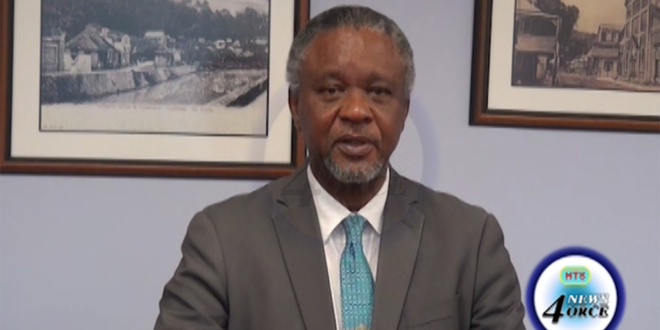 Minister for Home Affairs, Justice and National Security Senator the Honourable Hermangild Francis has debunked recent claims made by Human Rights lawyer Mary Francis that police officers implicated in the investigation into the Restore Confidence Operation of 2010/11 or the resultant IMPACTS Report have been promoted.

Minister Francis responded to the claims on the morning of April 27, 2018.

“From the time I have been Minister of Home Affairs, Justice and National Security I am unaware that any promotion was made of any of the officers implicated in the IMPACS Report.”

The minister noted that as far as he is aware the lives and careers of those officers has not returned to normalcy post Operation Restore Confidence and  that  notably  the Royal  Saint Lucia Police Force  (RSLPF) as an institution  has also  been very adversely hampered in its operations  and that is well-known. Minister Francis highlighted that Succession Planning is one of the areas that is suffering.

The National Security Minister noted that there is room for Ms. Francis and him to work collaboratively with a view to further   clarifying this issue.

The Minister also empathized with relatives who lost loved ones during Operation Restore Confidence but emphasized that life is not a bed of roses for the Police Officers who worked in that police operation either.

“I read the report by Ms. Mary Francis and I can understand where she is coming from. I am concerned that we need to do something to deal with this IMPACT Report. I understand it was sad for the families of the young men that were killed but we must we must understand what is happening to the police officers involved.  They can’t get ahead with their lives; they don’t know what is going to happen. They are the ones who are alive and have to deal with this on a daily basis.”

Minister Francis says the Government of Saint Lucia remains deeply committed to working closely with US State department Officials to lift the dark cloud of the Leahy Law on the country and so far good progress has been recorded.