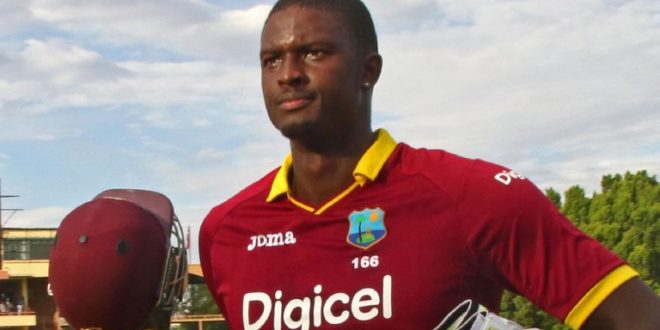 Holder moves up to 23rd in the ICC ODI bowling rankings

Veteran right-hander Marlon Samuels jumped two places in the batting rankings to 49th, after scoring 231 runs from his seven one-dayers in the tournament and 304 runs overall.

His unbeaten 73 against the Netherlands in the preliminaries came in a fixture designated List A.

Samuels is the highest-ranked Windies batsman, with the pair of Shai Hope and Evin Lewis the next best at 53rd and 54th respectively.

Scotland captain Kyle Coetzer is the highest-ranked batsman who participated in the qualifiers at 22nd.

In the bowling, meanwhile, Holder gained one place to sit 23rd in the rankings to be the highest-placed Caribbean player.

The 26-year-old pacer was outstanding with 15 wickets to lead his side’s bowling, and remains the only Windies players in the top 50.

West Indies finished second in the the qualifiers, losing to Afghanistan in the final in Harare.