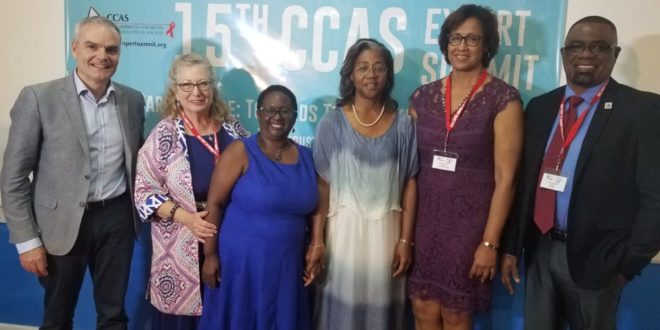 The summit brings together regional and international HIV experts to explore scientific innovations and social interventions that will accelerate progress toward ending the AIDS epidemic as a public health threat. It runs from August 26th to 30th.

Speaking at the opening ceremony at the Coco Palm Hotel last evening, CCAS Chairperson, Professor Clive Landis pointed to successes of the Caribbean HIV response including the validation of seven countries and territories as having eliminated mother-to-child HIV transmission. He noted that while the region has embraced the power of antiretroviral treatment and viral suppression to prevent HIV infections in newborns, there is inadequate understanding among the general public about how successful treatment can also reduce sexual transmission.

“Despite our achievements in tackling the HIV epidemic, we are not done,” Professor Landis, said. “Everyone in society must know and understand and believe that HIV is not a death sentence and further, understand that persons living with HIV who have suppressed virus due to treatment are not infectious.”

“Treatment as prevention” is an approach to HIV treatment which forms the basis of a global commitment to end the AIDS epidemic by 2030 as part of the Sustainable Development Goals. It is hinged on the finding that diagnosing and treating people early and lowering the level of the virus in their blood to undetectable levels (viral suppression) virtually eliminates the risk that they will transmit HIV to other people. \

UNAIDS Director for Latin America and the Caribbean, Dr. César Núñez, noted that through the 2016 Political Declaration on ending AIDS, United Nations members states have agreed to adopt a Fast-Track strategy that involves increasing prevention, testing and treatment services while working to eliminate stigma and discrimination. Dr. Núñez shared the latest HIV data which show that the Caribbean must accelerate progress if it is to meet the targets that will set it on track to end the AIDS epidemic by year 2030.

“Here in the Caribbean, the AIDS response is at a precarious point. There has been partial success in saving lives and stopping new HIV infections, but the pace of progress is not matching global ambition,” Dr. Núñez said.

Dr. Núñez noted that between 2006 and 2017, international resources for the region’s AIDS response decreased by 16% and that in 2017 just under half of the money needed to finance the achievement of the Fast Track programme in the region was not available. He called for increased national investments in HIV as part of a broader strategy to finance health.

The opening ceremony’s distinguished Speaker was Dr. Wendee Wechsberg of RTI International. She shared a gender-sensitive model for offering care to women living with HIV. It extends beyond treatment to develop structural interventions that increase education and economic development and improve access to sexual and reproductive health.

The Caribbean Cytometry & Analytical Society (CCAS) is a registered HIV Charity comprised of volunteers from the University of the West Indies, the Barbados Ministry of Health and the private sector. The mandate of the CCAS is to train and educate healthcare providers for improved diagnosis, monitoring and treatment of HIV and AIDS in the Caribbean region by removing technical and social barriers to care. CCAS’s annual HIV/AIDS regional workshop rotates through the region and has trained more than 1250 HIV/AIDS specialists from over 20 countries. 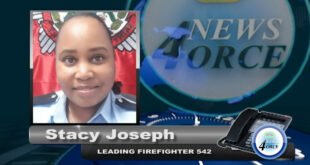 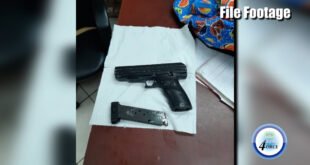