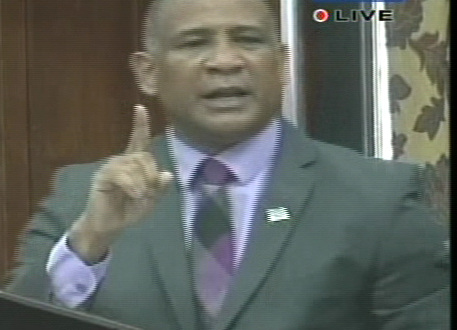 Member of Parliament for Castries South Dr. Ernest Hilaire said the Prime Minister and Minister of Finance would have been fired as Chief Executive Officer [CEO] of company.

The Prime Minister previously linked the running of the country to the duties of a CEO. By the Castries South MP’s account, Prime Minister Chastanet’s tenure as CEO of Saint Lucia warrants termination by a Board of Directors due to the perceived miscalculations in his maiden Budget; the 2017/18 Estimates of Expenditure and Revenue. Listen below.