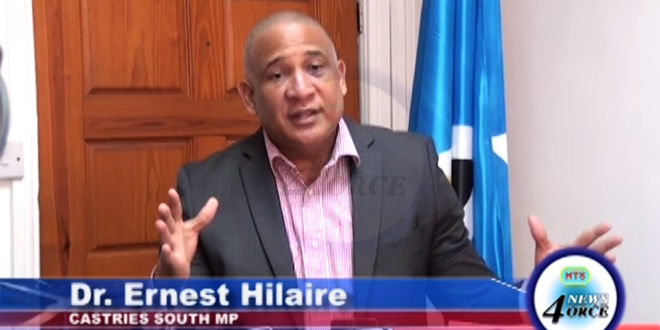 HILAIRE NOT BACKING DOWN IN BANANES BAY ROW

Castries South MP Ernest Hilaire is making another appeal to the government to consult residents on the proposed Bananes Bay redevelopment project.

Hilaire has accused the incumbent of failing to confer with him and affected residents. However, the Castries Constituency Council and the ruling UWP have rebuffed his comments, stating that plans are in the preliminary phase and the community will be kept abreast of developments.

Hilaire insists that he was simply seeking answers to allay the fears of constituents who feel they have been left in the dark.

He claims their anxieties stem from a recent site visit by state officials including the Prime Minister of Saint Lucia. Hilaire says residents welcome plans to revamp the area.

However, he warns against excluding them from the development process. The MP insists that he will not shirk his responsibilities as the duly elected representative and responsible agencies engage residents of Bananes Bay before commencing any activities in the area.

He says constituents expressed their concerns to him at a meeting in the community on 24 January.

According to Hilaire residents are not opposed to development and simply want dialogue with the relevant authorities.