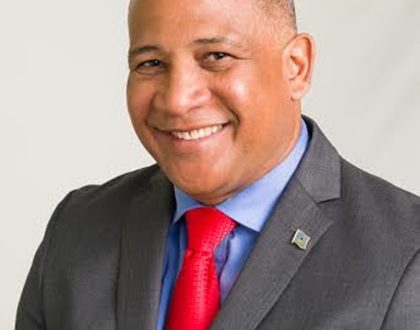 Hilaire calls on government to consult before implementing projects

(PRESS RELEASE) – Opposition Parliamentarian for Castries South, Hon. Ernest Hilaire has called on the Allen Chastenet Government to be transparent and involve the Parliamentary Representative for and the people of Castries South in any development plans for the constituency.

Hon. Ernest Hilaire noted that the Prime Minister’s Office issued a Press Release which indicated that ambitious development plans have been completed for the Banane Bay area. The MP noted that the Press Release said that the Prime Minister made the announcement at a meeting in Banane which was attended by officials. It was also announced that members of the public will witness a gradual transformation of that area in the coming weeks.

Hon. Ernest Hilaire is strongly supportive of any intention to re-develop the Banane Bay area having announced during his campaign in 2016 that this was a priority area for the Saint Lucia Labour Party if re-elected. However, Hon. Hilaire is advising the Government to include the families, fisher folk and businesspeople who will be affected in any project conceptualization and implementation.

The MP says it is totally unacceptable that as Parliamentary Representative he has not been informed nor consulted in anyway on the Project. It is even worse, that the people to be most affected have not been consulted nor included in any of the planning for the improvements.

2018-01-22
Previous 4 hospitalized after car slams into pole at Micoud, woman injured in Bexon crash
Next National Archives presents ‘Women in the Art’ for Nobel Laureate Festival 2018