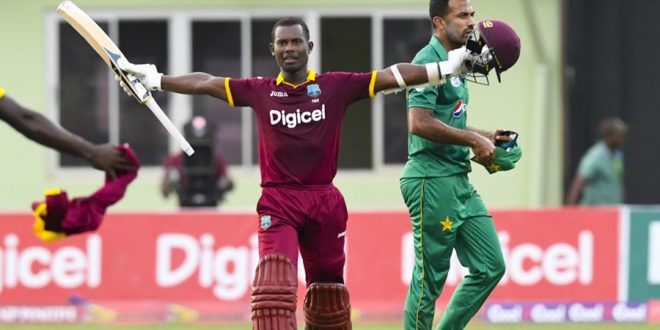 Heavy security will be provided for the Caribbean side to and from the airport and while they are stationed at their hotel. They will travel to the airport immediately following the final match on Tuesday.

The Pakistan Cricket Board has gone to great lengths to ensure that security for the 13-man squad and officials will be at an optimum, with strict traffic guidelines around the National Stadium venue being implemented on match days.

Food and mobile phone chargers will be barred from the stadium during matches.

Authorities said the intense security measures would mirror those put in place for the recent Pakistan Super League final, also staged in Karachi.

“The International Cricket Council has expressed satisfaction with the security arrangements for the PSL final and this time the authorities will ensure foolproof security again,” said Brigadier Shahid of the Sindh Rangers.

West Indies are scheduled to arrive here from Dubai late Saturday on two different flights, with the first group due at 9:30 pm (12:30 pm Eastern Caribbean time) and the second at 12:15 am.

The squad will not practice before the opening match and there also will be no joint captains’ pre-series media conference. West Indies have not travelled with a media officer.

No media or promotional activities surrounding the matches have been planned.

Pakistan, though, will stage a media conference on Saturday evening, just prior to their scheduled training session at the National Stadium.

The series represents the first time a major Test-playing nation will tour Pakistan, breaking a nine-year absence of elite sides from the often volatile Asian country.

Pakistan have been forced to play all their home series in United Arab Emirates ever since 2009 when militants attacked a Sri Lankan team bus in Lahore, injuring several players and killing members of the security forces.

In a bid to accelerate the return of international cricket to the country, the PCB staged the last two finals of the PSL in Lahore and Karachi respectively.

West Indies will field a depleted side for the series, however, with several of the leading players — including Captain Carlos Brathwaite — opting out due to security concerns.

Cricket West Indies, who acknowledged the series for the first time two days ago while announcing the squad, said they had been assured by independent security advisors Eastern Star International that “risk is manageable and can be mitigated to an acceptable level.”