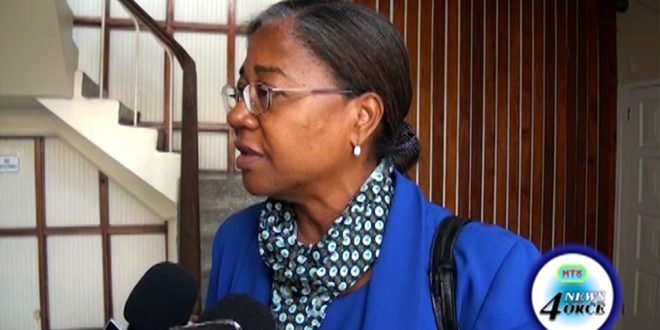 Health Minister On March Towards UHC

Plans for the universal health-care system are underway.
The UWP’s 2016 manifesto stated it would create an affordable health care system characterized by excellence and a universal service to Saint Lucians.
This week, Health Minister Mary Isaac announced that the UWP intends to bring the health-care program on stream this year, but first had to source financing.
Isaac says this will help patients who are unable to access medical care.

Prime Minister Allen Chastanet’s “5 to stay alive” initiative in the UWP 2016 manifesto, also included a targeted amnesty on hospital fees at the main medical institutions.
Isaac says debt relief is only intended to clear the back-log of outstanding receivables.

This is not the first time the government of Saint Lucia has granted amnesty to patients.
In his 2012/2013 budget address, former prime minister dr. Kenny Anthony stated that the St. Jude hospital board of management had approved a 6-month amnesty on outstanding receivables.
Dr. Anthony also revealed that the most indebted to medical facilities were patients on dialysis.