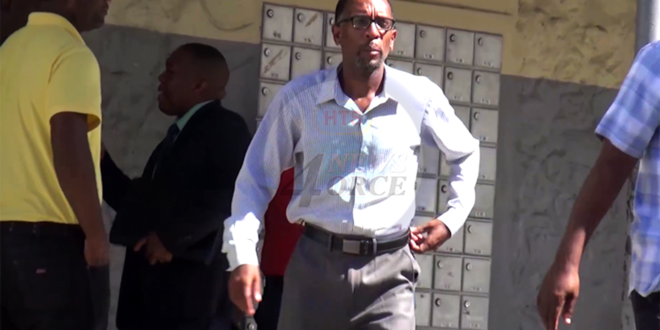 Executive Director of the Soufriere Development Foundation Jimmy Haynes exited the Second District Court after being charged for stealing.

Executive Director of the Soufriere Development Foundation [SRDF] Jimmy Haynes had his day in court on December 20; roughly, 12 hours after police took him into lawful custody for questioning.

Details on the criminal probe are still emerging however; News4orce understands that Haynes has been implicated in a legal dispute involving landowners at Tete Paul, Soufriere.

Haynes appeared before the Second District Court, in Vieux-Fort on Wednesday along with his attorney.

He has been reportedly charged with stealing “by reason of employment”.

Haynes was first appointed to the SRDF board in 2006.

Sources at the SRDF stress that the case is a personal matter and has nothing to do with the foundation, and the probe will not affect the day-to-day operations at the agency, which will continue as normal.

Haynes, who was granted bail in the sum of $10,000 or suitable surety, is subject to bail conditions that include surrendering all travel documents and report to the Soufriere Police Station every Friday between 6 am and 7 pm.

A second court appearance is expected in the coming weeks.