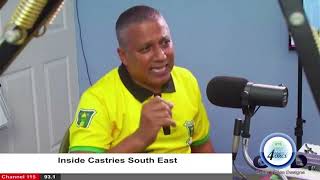 Minister for economic development, guy joseph is once again dismissing allegations of mis-conduct in the Pajoh’s letter saga. The Castries south east MP who addressed the controversy on his UWP show on Monday, is questioning the intellectual capacity and sincerity of the main opposition Saint Lucia Labor party which has called for him to be reprimanded.