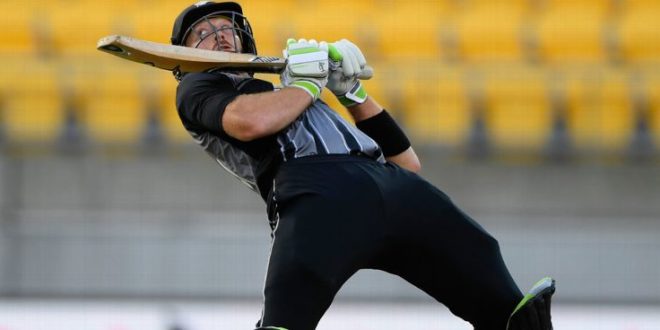 ESPN Cricinfo- Lendl Simmons and Martin Guptill fetched the biggest bids while Kieron Pollard was the biggest transfer in the CPL draft on Thursday in London. Simmons and Guptill, along with the quartet of Chris Gayle, Andre Russell, Dwayne Bravo and Sohail Tanvir, were paid the maximum price of USD 160,000 by their franchises.

Having been released by the Jamaica Tallawahs, Simmons put himself up for a base price of USD 70,000 in the draft. He ended up as the first pick of this year’s draft after the St Lucia Stars, who finished bottom last season, picked the hard-hitting Trinidadian opener. Guptill, who smashed a 49-ball century in a T20I against Australia recently, had set his base price at USD 90,000. The New Zealand opening batsman had represented the Guyana Amazon Warriors last season, and was bagged by the Jamaica Tallawahs this time around.

The Tallawahs also retained Russell, who missed last year’s CPL since he was serving a one-year doping ban. Also retained were Gayle (St Kitts & Nevis Patriots) and Bravo (Trinbago Knight Riders). Tanvir, the highest-wicket taker in the previous edition of the CPL, was retained by the Amazon Warriors.

This CPL draft saw the maximum transfers in the tournament’s five-year existence. None was bigger than that of Pollard. The Trinidadian had led the Barbados Tridents for the past four seasons, but this year asked the franchise, which is owned by the Indian businessman Vijay Mallya, to release him. The Stars were quick to grab Pollard in the marquee round, which has a price point of $130,000.

While Afridi welcomed the news of being retained by the Tallawahs on his 38th birthday, Malik moved on from the Tridents. The Patriots retained Lewis with Lynn returning to the CPL having last played in the 2016 final for the Amazon Warriors.

All six teams had to fill a total of 108 slots with squads limited to 18 players each. Having retained a total of 61 players, franchises had to pick 47 new names from the draft. Incidentally the first seven new picks were all batsmen: D’Arcy Short, Simmons, Hashim Amla, Guptill, Ross Taylor, David Miller and Cameron Delport. Pakistan quick Rumman Raees was the solitary fast bowler among the first 10 new picks, signed by St Lucia Stars for USD 70,000.

Lack of availability was the key reason behind franchises not opting for England and Afghanistan players. Alex Hales, Adil Rashid and Tymal Mills (along with Ashar Zaidi and Recordo Gordon) had put their names up for the draft despite the CPL running parallel to the Twenty20 Blast, with the finals of both tournaments separated by a day. Mills had set a base price of USD 70,000, Hales USD 40,000, and Rashid USD 30,000.

With Afghanistan scheduled to play in the Asia Cup in September, the CPL had cautioned the franchises that the likes of Rashid Khan, Mohammad Nabi and Mujeeb Ur Rahman would only be available for the start and end phases of the tournament. Rashid, who had represented the Amazon Warriors last season, did not put himself up for the draft. Nabi, who played for the Patriots last year, set his base price at USD 60,000. Mujeeb, a first-timer, sett his base price at USD 30,000.