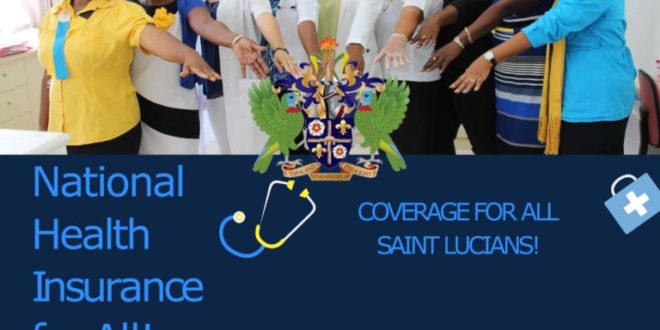 [Press Release] The Government of Saint Lucia is once again proving that it is willing to approach longstanding problems in Saint Lucia in new ways that would benefit the entire population.

Prime Minister Honourable Allen Chastanet announced in his Budget Address on Tuesday April 3rd 2018 that the current administration is taking a bold approach to tackling the issue of health care once and for all as every Saint Lucian has the right to high quality medical care that they can afford.

“With health care costs skyrocketing, in tandem with the expectations of our people for first-world medical care, we must find a sustainable way to finance these costs,” stated Prime Minister Chastanet. “My Government is of the view that a universal National Health Insurance Scheme is the best way forward and we are currently receiving technical assistance from the Pan American Health Organisation and the European Union in this regard.”

The National Health Insurance Scheme will involve the entire population and the Prime Minister stated that the Government envisages that both employers and employees will make mandatory contributions, in much the same way as they do now to the National Insurance Scheme. In the proposed plan Government is expected to make contributions on behalf of pensioners and persons on the poverty list.

The Prime Minister called on the population to embrace change in order to fix our broken systems and in our pursuit of excellence.

“As a responsible Government, we are duty bound to provide the best health care we can for our citizens at the most affordable cost and this is what we are setting about to achieve.”

The Prime Minister said that the alternative would mean raising taxes to meet the costs of managing health facilities “but it still would not benefit those who could not afford it.”

“We believe that the best option is to implement a National Health Insurance Scheme that neither favours nor discriminates against any Saint Lucian.”

The Government is currently receiving technical advice and after consultation with the health care professionals it is the hope to institute the health insurance before the end of this fiscal year.

It is expected that the National Health Insurance Scheme when implemented will give Saint Lucians power over their health care choices and ensure healthcare benefits are equally available to everyone.