Home / News Updates / Gov’t does not get Catholic Church Blessings on DSH, Dolphin Park and NICE 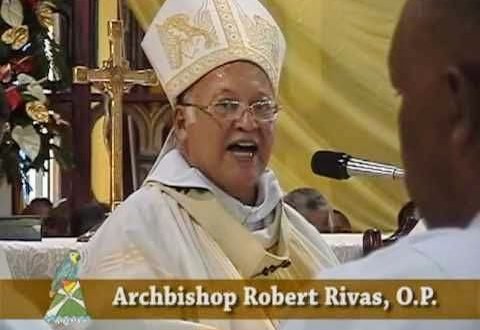 Gov’t does not get Catholic Church Blessings on DSH, Dolphin Park and NICE

The multi-billion dollar development plan by Desert Star Holding Ltd for Vieux-Fort, the proposed manmade causeway to the protected Maria Islands, plans for a dolphin park at Pigeon Island National Landmark and, the suspension of the National Initiative to Create Employment [NICE] Project does not get the blessings from the Catholic Church.

The statement, the church says ‘…comes after a considerable period of reflection and discussion…’

As it relates to the government backed DSH development plan – Archbishop Rivas noted the Church has ‘particular concerns’ about;

The proposed manmade causeway to the protected Maria Islands – the home of five endemic reptilian species and other rare flora has stoked national and regional environmental concern. Numerous civil society groups including the Saint Lucia National Trust [SLNT] have raised objections to the DSH ‘southern causeway’. According to Archbishop Rivas;

‘We fail to see how such an idea could be productive to the environment and at the same time to the multitude of local persons who enjoy Sandy Beach for recreational purposes. The land there is of great value in its present state as a gathering place for citizens throughout the country and visitors who greatly enjoy the natural beauty and ambiance of the locale. The recent (April 13, 2017) Press Release from the Office of the Prime Minister (OPM) does little to ease fears of potential hazards of the Causeway to the environment and ecosystem.’

The Church has ‘endorsed the efforts of the SLNT’ and, encourages ‘continued and vigorous participation efforts to ‘preserve the authentic patrimony of Saint Lucia.’

Healthcare in south the Church says is ‘inadequate’ and calls on the government to ‘accelerate resources and efforts directed toward the completion and reopening of the original Saint Jude’s Hospital.’

The Catholic Church quoted an Encyclical Letter published in 2015 from Pope Francis:  Laudato Si – On the Care for Our Common Home.

The myopia of power politics delays the inclusion of a far-sighted environmental agenda within the overall agenda of governments. Thus we forget that “time is greater than space”, [130] that we are always more effective when we generate processes rather than holding on to positions of power. True statecraft is manifest when, in difficult times, we uphold high principles and think of the long-term common good.