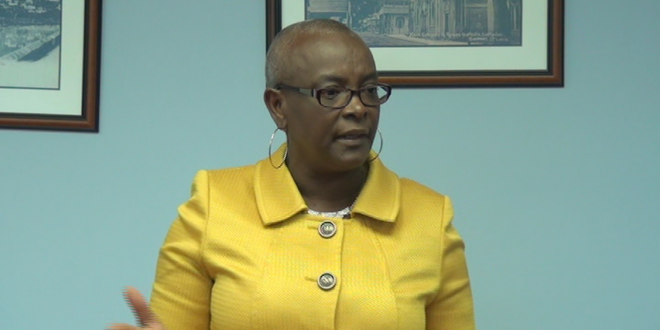 Gov’t Moving Ahead With NCC Relocation

“We need a venue.” Local Government and Culture Minister, Senator Fortuna Belrose explained to the press on June 12th, the Allen Chastanet led Administration is making good on a mandate to development the local entertainment industry.

Amongst the strategies to add value to the local entertainment scene is constructing event venues up to regional and international standards.

The National Cultural Centre [NCC] has again fallen in government crosshairs. The NCC was gifted from the French government more than three decades ago and serves as the primary venue for national events including calypso and plays. With a reported capacity to seat 700 people, art industry pundits have queried the suitability of the NCC for larger scale concerts and shows.

The government has decided to cease operations at the current location at Barnard Hill, Castries and relocate to an alternative site. The announcement to move the NCC has garnered debate among the local arts industry.

The Culture Minister told the press the government is moving ahead with NCC relocation plans however, the new home of national arts have not been determined. Watch video.

NCC facilities will be temporarily relocated to a privately-run warehouse at Union, Castries. Prime Minister Allen Chastanet plan to make the NCC grounds the interim home of the High Court. Other state run legal offices including the Office of the Director of Public Prosecution will be housed at the NCC.

Reports suggest the idea to transfer Saint Lucia’s court houses to the NCC is not new. The 2006 – 2011 Stephenson King led Administration previously embarked on a similar project but, was shut down by Alphonse and other culture advocates.