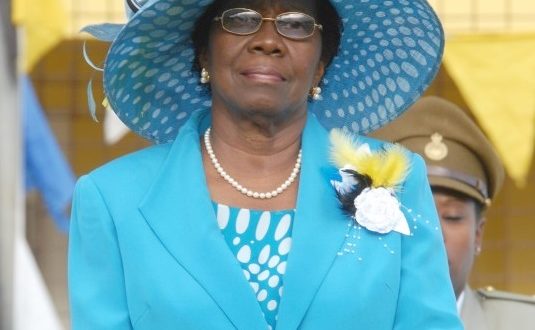 HTS News4orce can confirm that long serving Governor General Her Excellency Dame Pearlette Louisy is due to announce her retirement during a televised address to the nation expected to air in the coming hours.

The announcement comes weeks after speculation that Her Excellency was reportedly asked to demit Office by December 16.

Appointed in 1997, Her Excellency Dame Pearlette Louisy is the longest serving Governor General in the OECS and has been in office for four successive Administrations.