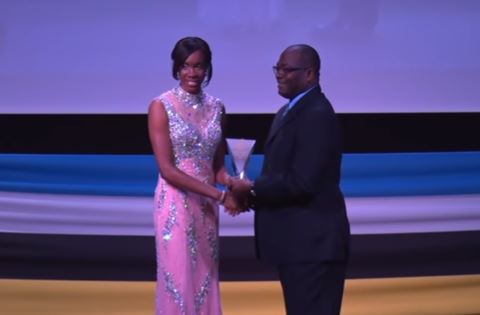 One of Saint Lucia’s most decorated sports personalities will be recognized by the Government of Saint Lucia in a very special way on Friday March 29th 2019.

Levern Spencer is marking twenty years of representing Saint Lucia in High Jump and has on fifteen (15) occasions been named “Sports Woman of the Year”. She has also won several international medals in her field of High Jump. It is for her remarkable achievement that this talented daughter of Fair Helen, will be celebrated and rewarded, having represented her country at the highest level in sports.

The event, “A Celebratory Dinner in Honour of Levern Spencer on the Occasion of her 20th year of representation to Saint Lucia” will continue the observance of the island’s milestone 40th Independence Anniversary. The event will take the form of a gala dinner where Levern will be toasted by her peers and Government officials.

The event will be held at Sandals Grande Saint Lucia Spa and Beach Resort. There, the Government will make the official announcement of a special gift which will be bestowed on Levern Spencer.

Several sports personalities from Saint Lucia, the region and internationally, have been invited to the event. Among them; sports personality Lance Whittaker of Sportsmax who will be the feature speaker, Victor Lopez of NACCAC  and veteran Sportscaster Joseph “Reds” Perreira. Levern Donaline Spencer was born on June 23, 1984 and grew up in Cacoa, Babonneau. A past student of the Entrepot Secondary School where her athleticism was recognized, she went on to participate in several national sports meets, before being selected for regional and international games.

Levern Spencer is a graduate of the Entrepot Secondary School and the University of Georgia.