Home / Sports / Gayle, Pollard and Bravo up for grabs at this year’s IPL auction 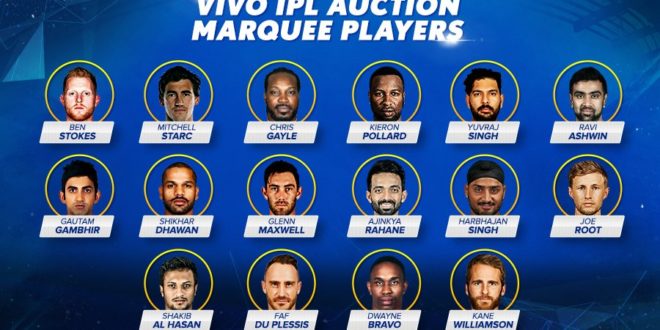 Gayle, Pollard and Bravo up for grabs at this year’s IPL auction

West Indian Cricketers Chris Gayle, Kieron Pollard, and Dwayne Bravo are part and parcel of this year’s marquee players who are up for grabs this weekend in the Indian Premiere League, (IPL) auction.

The IPL is the world’s biggest domestic cricket tournament, attracting the best players from every top-tier cricket-playing nation.

This weekend, 578 players will enter the auction.

Sunil Narine and Andre Russel were retained by the Kolkata Knight Riders. The 11th edition of the IPL is scheduled to begin on April 7th 2018