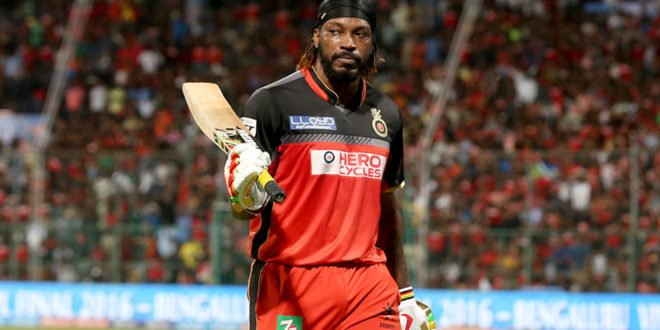 The veteran left-hander was released by Royal Challengers Bangalore (RCB) earlier this month and is now expected to find himself in a bidding war in the two-day auction on January 28 and 29 in Bengaluru.

According to IPL organisers, 1,122 players have signed up for the draft, with 39 Caribbean players among the 282 overseas entrants.

Much of the spotlight will fall on Gayle, who remains one of the most sought-after names in international franchise cricket.

Gayle is the only batsmen in world cricket with over 10,000 runs in T20s, but struggled last season, garnering only 200 runs from nine innings for RCB.

He sent a strong signal to potential suitors last December, however, when he plundered two hundreds in the play offs of the Bangladesh Premier League to lift Rangpur Riders to the title.

Gayle will be joined in the auction by Kieron Pollard, who was also released by Mumbai Indians after eight seasons on their roster.

All-rounders Dwayne Bravo and Carlos Brathwaite, along with Test Captain Jason Holder and opener Evin Lewis, are the other prominent Windies players involved in the auction.

Champion off-spinner Sunil Narine and exciting all-rounder Andre Russell have avoided the auction after they were retained by Kolkata Knight Riders (KKR).

Russell will be returning to KKR after missing the last campaign due to a anti-doping whereabouts ban.

The trio of Lendl Simmons, Dwayne Smith, and Samuel Badree, all of whom are regulars in the IPL, will also come under the hammer in the auction.