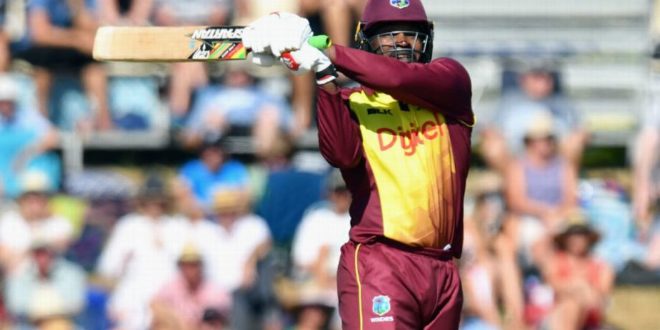 Gayle and WI need to break out of the funk

It may just be arbitrary – an illusion of time even – but a new year can have a remarkable effect. Ask West Indies. They ushered in 2017 with their trophy cabinet bursting at the seams. Then they were booted out of an ICC tournament. They will have to play fringe teams in international cricket to qualify for the next World Cup. And, on the basis of their performance on Friday, even their often infallible T20 game needs work.

If West Indies concede the match on January 1, they will have to return home with nothing to show for their stay in New Zealand and the only people that would be feeling worse than Stuart Law, Jason Holder and Carlos Brathwaite would be those who had ended up as designated drivers the previous night. So the Bay Oval better prepare itself. It’ll be hosting a hurt world-champion side looking for revenge.

New Zealand may sympathise – they are apparently the nice guys of this sport, even if their bowlers keep picking up seven-fors and their fielders take leave of gravity to snaffle impossible catches – but, with their captain Kane Williamson returning, they won’t offer much quarter. They’ve written the book on winning matches without too many star players. And it isn’t a complicated read either: have plans at the ready, ensure the players buy into that and can execute them under pressure. They’ll get plenty of practice in that regard coming up against a team that has nothing to lose and a whole lot to gain.

With so many of West Indies’ frontline players in T20 cricket missing, it may be time Chris Gayle produces one of his single-handed demolition jobs. Not so long ago, after winning the Bangladesh Premier League, he proclaimed that he was the best to ever play the game. He would be able to lend that statement a little more oomph if he were to, say, beat an international team.

New Zealand have their own marauder at the top, even if he is coming off a break. Martin Guptill. An average above 30 and a strike-rate of 130 suggests he likes playing longish innings even in the shortest format and should he do so in Mount Maunganui, New Zealand’s job of winning a third successive trophy, and staying on course for a tour-wide whitewash, will get a little bit easier.

Ross Taylor won’t be in action on Monday; he was only picked for the first T20I. Williamson will take his place.

There may be some thought about bringing in Shimron Hetmyer into the batting line-up and Sheldon Cottrell into the bowling attack simply for the sake of variety.

There have been three T20Is at Bay Oval and runs have so far come by at a rate of 8 and above. Perfect conditions for a Gayle storm. The actual weather, though, is expected to be cloudy, with the possibility of showers late in the night.