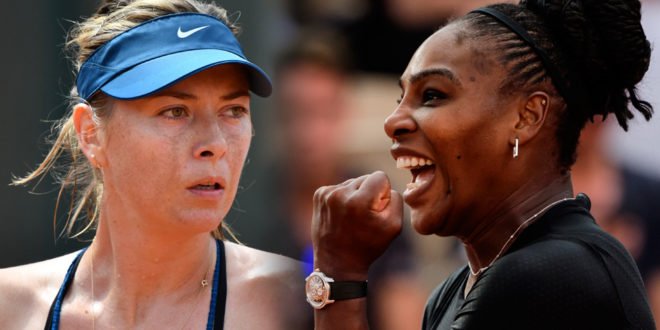 The American and Russian were set to face off in the fourth round match in the French Open, before Williams pulled out, citing injury.

The 36 year old gave birth to her 1st child late last year, and upon her return, dropped to number 451 in ranking.

According to reports, Williams said she first felt the problem during her third-round win over German 11th seed Julia Gorges on Saturday.

She then went on to lose in a doubles match alongside her sister Venus on Sunday.

Sharapova will now play either Garbine Muguruza or Lesia Tsurenko in the last eight.