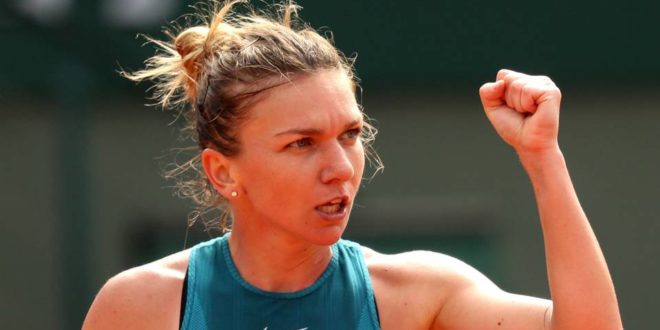 Halep, who had lost her three previous major finals, went a set and a break down at Roland Garros.

But the 26-year-old Romanian battled back to take a see-saw second set against the US Open champion.