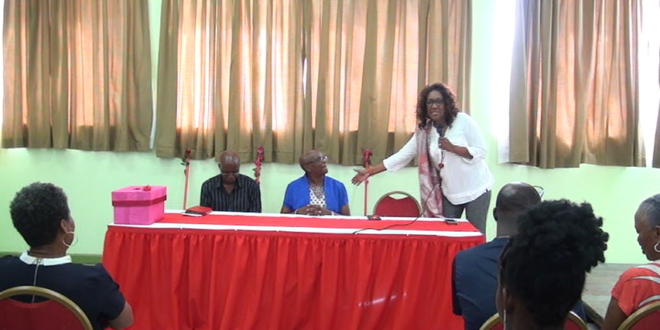 A Group from French Guiana, Cayenne is in Saint Lucia to celebrate the island’s indigenous Flower festival, La Rose.

The La Rose festival or the Feast of Saint Rose de Lima is observed annually on August 30th where singing societies pay tribute to the flower.

Saint Lucians who reside in Cayenne are being credited for sparking the French Nationals love for La Rose.

The second major event planned for 2017 La Rose celebrations is the Grand Fete, which will commence with a church service and culminate with a brief procession to the Clendon Mason Memorial Secondary School yard.

Local Government and Culture Officials were on hand to welcome the group.

Permanent Secretary in the Ministry of Culture Donovan Williams says that perhaps Saint Lucia can take a page from Cayenne Nationals on hosting cultural festivities.