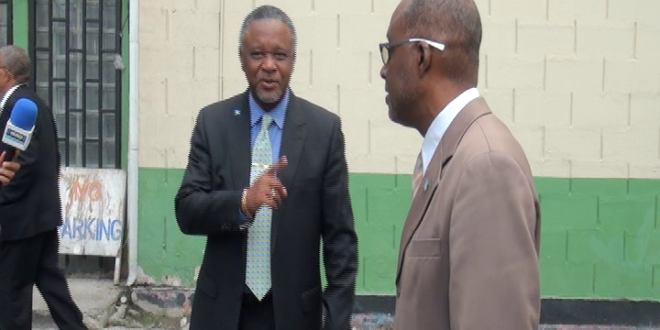 SLP Chairman Francis made the bombshell disclosure on April 21st a day after the article was published on the Antigua Observer website that claims;

The alleged plot according to the Antigua Observer article is being coordinated by the Commissioner of Police, the Acting Director of Public Prosecution and the National Security Minister.

The SLP Chairman labeled his brother’s retort as, ‘stupid’ on the sidelines of the opening of the Second Session of Eleventh Parliament on April 25th. Listen below.

The Antigua Observer cited other ‘local sources’, separately confirmed by contacts in foreign intelligence services, attempts by the National Security Minister and by the Cabinet itself to suppress criticism and dissent. Allegedly, collaborators in Hong Kong and Canada received requests for assistance in hacking the electronic communications of individuals deemed to be “enemies of the state”.

The Antigua Observer claims to have ‘a list of at least twenty [20] targets’, including former Cabinet ministers, Opposition activists and news contributors and columnists.

Canadian authorities are understood to be taking a very serious view of such threats to intimidate or otherwise suppress the freedom of speech of any of their residents or citizens.