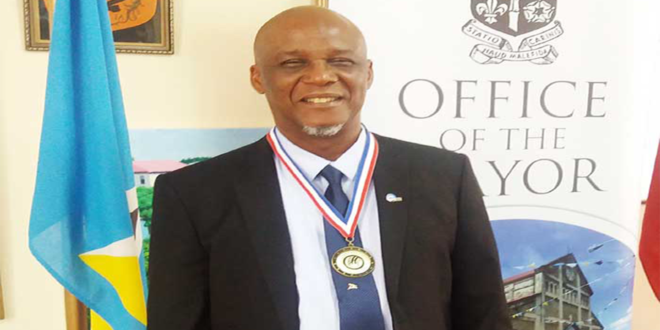 [Press Release]  Castries Mayor, Peterson Francis,  will join other Mayors from across the Caribbean at the inaugural Caribbean Conference of Mayors.

The event will be held in Kingston, Jamaica from Monday April 9, 2018, under the patronage of  the Mayor of Kingston, Senator Delroy H. Williams.

It will be hosted by the Kingston and St. Andrew Municipal Corporation under the theme: “Caribbean Cities: Honouring the Past, Embracing a Smart Future.”

According to a release from the office of the Mayor of Castries,  several leaders  are expected to address the session.

The release said the event  is geared towards building associations and understanding among Mayors and local government practitioners from across the Caribbean.

The conference  is also expected to focus on industrial opportunities, with a special emphasis on building linkages among regional Mayors, improving cities and promoting solidarity.