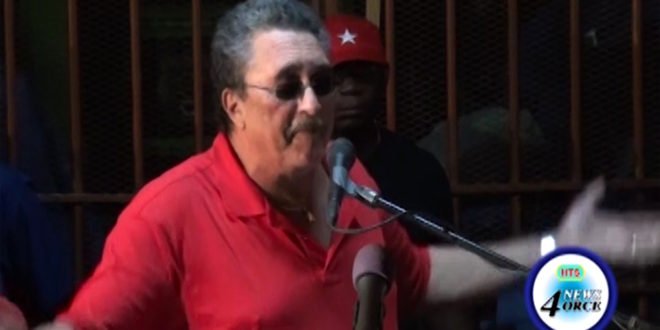 Allen Chastanet must apologise to the people of Vieux Fort South for his degrading utterances at the public meeting of the United Workers Party, held on May 17, 2017, at the Vieux Fort Square. So says the Parliamentary Representative for Vieux Fort South, Dr. Kenny D. Anthony.

On several occasions during his speech, Allen Chastanet told the people of Vieux Fort that they live in a “ghetto.”  He went even further by asking the crowd, “Where do you want to be from, a ghetto or you want to be from the Pearl of the Caribbean?”

To add further insult to injury, he declared “I know how great they [Vieux Fortians] are going to be in taking care of horses.”

According to the Parliamentary Representative for Vieux Fort South,

“I resent his description of Vieux Fort as a ghetto. Further, these statements are insulting, degrading and dehumanizing. I want Chastanet to know that the people of Vieux Fort are not specially ordained to look after horses. They are capable of much more than looking after horses. Vieux Fortians are as good as any Saint Lucian elsewhere in this island.”

Chastanet is merely continuing the tradition of his last candidate, Ulric Mondesir who, before the last General Election declared as his stated objective, “We want to move this Vieux Fort South forward, moving it from a smaller ghetto to a larger ghetto.  This unfair and inaccurate labeling of Vieux Fort South by the United Workers Party must end and Chastanet must apologize for his degrading comments.”