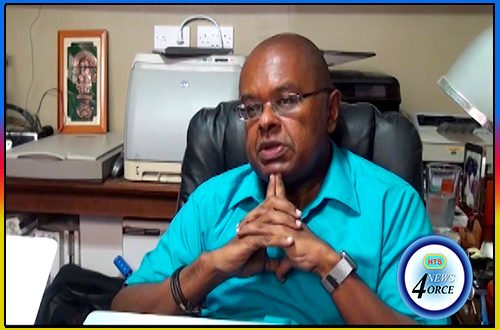 [Press Release] Saint Lucia’s former Minister for Sustainable Development, Dr James Fletcher, has been invited to attend the eighth World Water Forum in Brasilia, the capital city of Brazil, to speak on the challenges confronting the water sector in the Caribbean and the impacts that climate change is having on this sector.

Dr Fletcher served as the minister with responsibility for the water sector from 2011 to 2016 and under his watch, significant improvements were made to the operations and financial viability of the island’s water utility company WASCO.

Also during his tenure, the Ministry of Sustainable Development and WASCO were able to successfully conclude negotiations with the Caribbean Development Bank for three major water projects, namely

(i) the de-silting of the country’s main water reservoir, the John Compton Dam,

(ii) the US$ 19 million redevelopment of the water supply and distribution system for Vieux Fort, and

(iii) a US$ 9 million funding facility to augment the US 5 million in grant funds received from the Mexican government for the development of a new water supply, treatment and distribution system for the Dennery valley.

During this period, WASCO also embarked on system improvement projects in Rocky Lane/Green Mountain and Over-the-Bridge in Dennery, Bruceville in Vieux Fort, Fond Cacoa in Babonneau, Morne Cisseau in Jacmel, and Moca in Soufriere. Water intakes were rehabilitated in Errard, Millet, Vanard and Ravine Poisson.

There was also construction of a new water treatment plant in Micoud, the construction of a new intake in Desruisseaux, the major rehabilitation of the Desruisseaux treatment plant, and an initiative to reduce the volume of non-revenue water, with major works done on the raw water line from the John Compton Dam to the Theobalds Treatment Plant in Ciceron.

The World Water Forum is the world’s largest water related event. Its mission is “to promote awareness, build political commitment and trigger action on critical water issues at all levels, to facilitate the efficient conservation, protection, development, planning, management and use of water in all its dimensions on an environmentally sustainable basis for the benefit of all life”. This year, over 7,000 registered participants and more than 5,000 registered visitors are expected to attend the forum, which will be held at the Ulysses Guimaraes Convention Center and the Mane Garrincha National Stadium and will run from March 19-23.

Dr Fletcher has been invited to speak at two events at the 8th World Water Forum. He will speak at the opening session for the regional process of the Americas, on the first day of the forum, on the key water management challenges confronting the Caribbean region, and he will also deliver a presentation during a session on Water and Caribbean Small Island Developing States on the topic ‘Building Resilience to Climate Change in the Water Sector in the Caribbean’.