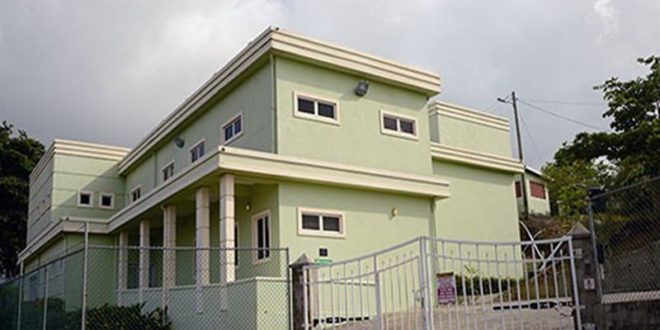 The Saint Lucia Forensic Science Laboratory marked the first anniversary of its reopening on Tuesday, February 27, 2018.   The significance of the reopening and some of the activities of the lab will be published in The Voice Newspaper’s March 03, 2018 edition.

Director of the Saint Lucia Forensic Science Laboratory Ms. Fernanda Henry says the visibility of the Forensic Lab will be increased with a view to educating the public about its role.

“I am happy for the opportunity for us to be showcased, especially when most persons are not sure of our role, what services we provide, and weather we are operational or not. So I want to assure our Saint Lucian public that the lab is functional; we are working, not to the capacity we are capable of yet, but we are moving in that direction”

Meantime, on Tuesday of this week the Resident British Commissioner Mr. Steve McCready paid a courtesy call on the Forensic Science Lab to discuss the status of criminal investigations involving British nationals and the possibility of technical cooperation.

Mr. McCready says he and his colleagues from the Foreign and Commonwealth Offices respectively were very pleased with the meeting.

“We work very closely with the Police and always find the lines of communication very good whenever we need to speak to them about various consular issues. This morning we followed up on these discussions. We spoke about how we can better collaborate and we spoke about doing some work on particular cases. It was a very, very useful meeting”.

Regional Consular Director for the Americas Meg Williams was also impressed with discussions and the tour of the lab. This was Ms. Williams’ first visit to Saint Lucia since taking up her position which oversees the consular work of 37 teams in 24 countries.

Director of   Forensic Science Services Ms. Henry says the meeting demonstrated that the laboratory plays a critical role in both internal and external synergies with respect to criminal justice.

“It was very enlightening; both from the British Consulate’s perspective as well as our perspective, so we can understand the synergy between the Police, the British Embassy and the role that the lab can play with respect to investigations involving British nationals.”