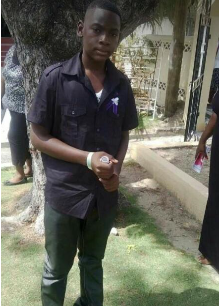 [Press Release] The St. Lucia Football Association Inc. (SLFA) last evening learned with the deepest shock of the passing of one of our football players Lorenzo “Rotto” Isidore.

He was rushed to the St. Jude Hospital following his collapse at a training session hosted by his district team. Upon arrival Lorenzo was unfortunately pronounced dead. The St. Lucia Football Association Inc. is now left to mourn the death of a promising young football player.

The St. Lucia Football Association Inc. on behalf of the entire football fraternity and also its’ entire membership wishes to express its deepest condolences to Lorenzo’s family and the football community of Desruisseaux.

A condolence booklet made on behalf of the football association will be available at the SLFA headquarters. During the remainder of the U-23 tournament, all teams will wear a black arm band and a minute of silence will be observed in Lorenzo’s honor prior to the commencement of all matches.