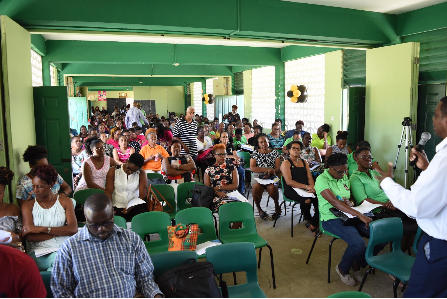 [Press Release] On Thursday April 12th 2018, the leadership of the Folk Research Centre, continued its outreach to St. Lucian society since the fire which recently destroyed its premises at Mount Pleasant.

The FRC members explained the organization’s new tag-line “FRC VIVAN, continuing the movement; building and celebrating Saint Lucian Identity”; and appealed to the Teachers Union for support in their efforts at rebuilding FRC.

They invited the teachers to become members of FRC at $1.00 a month (for a “TiJan membership”); to become volunteers or “Friends of FRC”; or participant researchers. They also urged them to encourage their students to join the FRC.