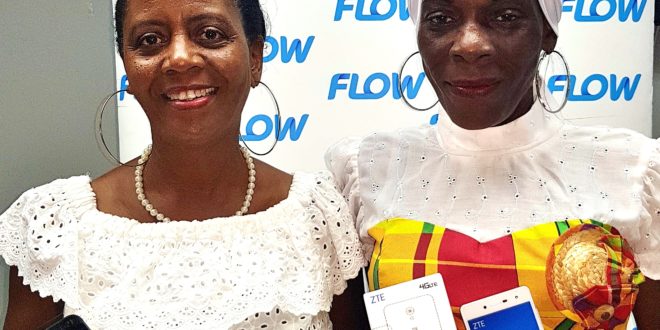 Flow (the Caribbean’s number one telecommunications provider) was the Platinum Sponsor for the event, at which the top competitors were awarded their prizes. La Wenn De La Wenn is one of the activities for the Arts & Heritage Festival under the Soleil Saint Lucia Summer Festival.

“We are grateful for Flow being a part of the La Wenn De La Wenn pageant,” said FRC Executive Director Mr. Hilary La Force. “We look forward to their continued partnership in the future. On behalf of the members of the Folk Research Centre, I would like to say thank you to Flow for their generous support, and we hope that you, the recipients, are thankful and satisfied with your achievements.”

Speaking on behalf of Flow, Communications Specialist Terry Finisterre said: “As Platinum Sponsors of Soleil Saint Lucia, we are proud to be given yet another opportunity to help showcase and promote Saint Lucian culture. We congratulate each and every one of the winners, as well as the organisers, the FRC, who continue to do such wonderful work to help preserve and develop our patrimony.”

Flow teamed up with the FRC and the Ministry of Local Government to launch the company’s Christmas campaign, through which projects will be undertaken in every district in Saint Lucia that will affect citizens on a fundamental level. Flow is also giving a $2,000.00 cash prize to at least one customer in each district, in addition to the Grand Prize of a $13,000.00 Smart Home Technology Bundle.