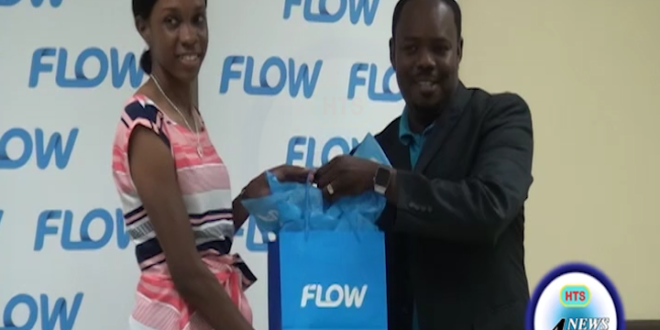 On 20 April she paid a visit to longtime sponsors Flow, who renewed their partnership with the Olympic athlete.

From cable & wireless to Bmobile, to Lime and now Flow – Levern Spencer has been there.

The telecommunications giant has sponsored the celebrated high jumper through her highs and lows as a professional athlete and during a 20 April press conference vowed to continue, with a renewal of the sponsorship contract.

The golden girl thanked Flow for their support which spans over a decade.

Levern Spencer captured her first Commonwealth Games gold medal with a jump of 1.95 meters at the track and field events at gold coast 2018 in Australia.